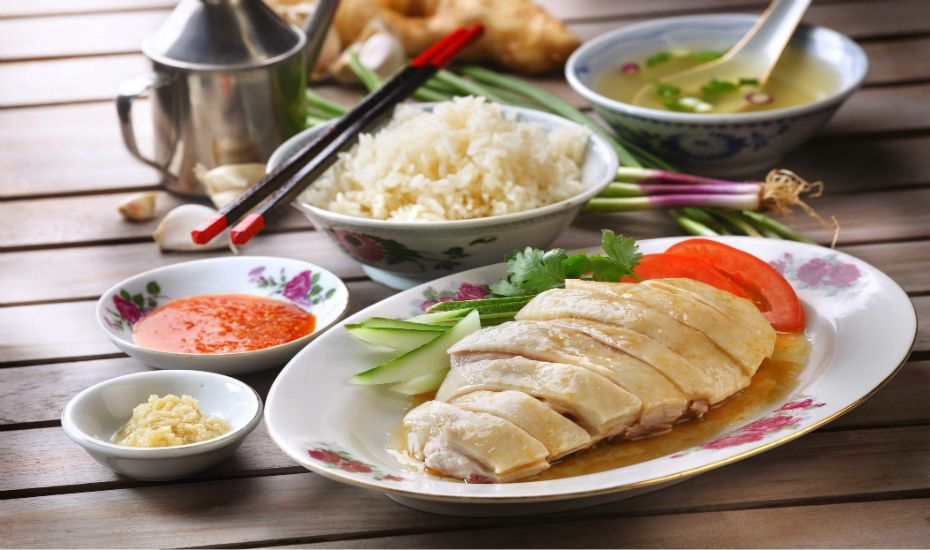 Hainanese chicken rice is considered one of the national dishes of Singapore. It is based on a well-known Hainanese dish called Wenchang chicken, and the current dish is adapted from the early Chinese immigrants originally from Hainan province in southern China. Stalls selling Hainanese chicken rice as their primary speciality can be seen everywhere from school canteens, hawker stalls to major restaurants.

Features of the dish: