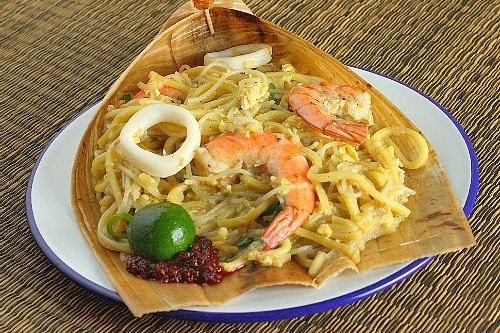 The Singaporean version of Hokkien mee was created after World War II by Chinese sailors from the Fujian (Hokkien) province in southern China.

In its most common form, the dish consists of egg noodles and rice noodles stir-fried with egg, slices of pork, prawns and squid, and served and garnished with vegetables, small pieces of lard (now substituted with chicken lard due to health concerns), sambal chilli and lime. Some dishes eliminated pork and replaced it with chicken so that it can be served to the Muslim community in Singapore.